North Central Phoenix, along with its rich history, offers the ease of location convenience being only a few miles from downtown Phoenix.

Not only is it a convenient and amazing location, it’s also only a few miles from Scottsdale and Paradise Valley. North Central is an easy commute for anyone who works in the middle of the city and even beyond. The freeways 51, I-10 and I-17 are just a very short drive. 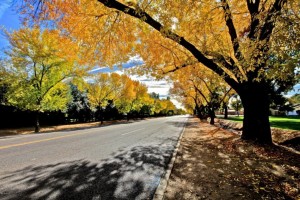 The homes in North Central proper range between $500,000 to $6 million and rising. But, if your pocketbook doesn’t allow for that, there are plenty of very cozy patio homes and townhomes in the immediate area.

In fact, every time someone tells me they want a patio home, I instantly think of North Central Phoenix. But, if it’s a house that you want, there are some more modest homes in the $300,00- $450,000 range that are just a little bit north and east. The people in the entire area are wonderful and the community is spectacular. Visit the North Central Phoenix Neighborhood Association.

The historic Murphy Bridle Path is on both sides of Central Avenue. It has unpaved gravel paths and old growth Olive and Elm trees. Every time I drive up & down Central, from about Bethany Home Road to Northern Avenue, I see regular walkers, dog walkers, people walkers, runners, and housewives strolling their kids while enjoying the posh trees and serene views. Oh, and the Murphy Bridle Path is listed in the City of Phoenix Historic Register. It’s that cool.

The ARMLS logo indicates a shared property that may be listed by a real estate brokerage other than the ARMLS. All information should be verified by the recipient and none is guaranteed as accurate by ARMLS. Copyright 2021 Arizona Regional Multiple Listing Service, Inc. All rights reserved.

About Denise Denise Sharp has been one of Phoenix’s top selling real estate agents for years. Clients choose to work with Denise for her full service firm, ethics, experience and expertise. Denise has consistently shown the ability to satisfy clients in the buying and selling of their homes. Her strong base of loyal repeat customers is the reason Denise has been so successful for over 15 years.